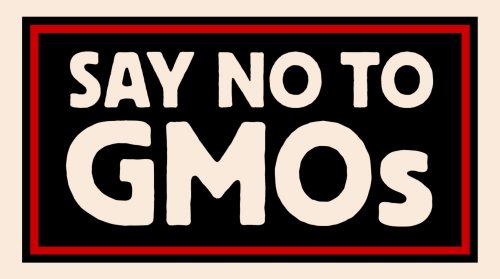 As a food policy nerd, I’m delighted to see the issue of GMOs, making its way onto the platforms of both the municipal political parties in the lead up to the November 15th vote. It’s an issue that we’re watching with interest here at Left Coast Naturals, after launching our own non-GMO policy this year. While I think city governments have a role to play in fighting GMOs, citizens will have to go beyond the limited powers of a municipal government to halt GMOs.

Aside from any formal opinion Left Coast Naturals may have as a company, I personally think GMOs are a bad idea. I think GMOs should be banned, or at least labelled, and probably shelved as a technology that generates revenue for patent owners, but otherwise claims to solve problems we don’t actually have. Do we need an apple that doesn’t brown when cut and exposed to air for two weeks? This sort of genetic engineering is being developed in the Okanagan right now.

Browning apples are not high on my list of priority issues as a food systems advocate. On a grander scale, proponents promise GMOs will feed the hungry. In reality, nearly all commercially available GMO crops are bred to tolerate increased pesticide exposure, not to address the social inequities at the root of hunger.

City dwellers should be concerned about GMOs. The pesticides that are paired with GMO crops are killing off our bee population and that’s a problem for Vancouver’s gardens and farmers who depend on bees for pollination. Mark Winston, a fellow at SFU Centre for Dialogue and author of a new book Bee Time: Lessons from the Hive, states that the average bee colony contains residue from over 120 pesticides, which compromise the bees’ immune system and make them vulnerable to disease.

A ban on GMOs would be great, and city councils should do what they can to protect our food supply, but the city actually can’t prohibit the sale of GMOs.

Provincial statutes define the city’s jurisdiction. For example, as a city, Vancouver can ban the use of something, but not the sale. That’s why Vancouver only has a ban on cosmetic pesticide use, even though we wanted to ban their sale. A ban on the use of pesticides is working because many businesses voluntarily pulled pesticides from their shelves. Less access resulted in less use across the city.

Similarly, the Vancouver Green Party platform proposes a ban on the use of GMOs. I can’t imagine food businesses voluntarily complying with such a ban. It’s just too complex. Businesses that could, distributors and manufacturers, would likely move outside the city limits, escaping the policy and taking jobs with them. Those who can’t move, retailers and restaurateurs, would either plant their heads in the sand, or get litigious.

COPE, another civic party, proposes adding a non-GMO requirement to the city’s ethical purchasing policy — something the city could actually do. The impact of such a policy is only limited by the will of the purchasing department, and the relatively small purchasing power of the city’s food outlets. Compared to the private sector dollars COPE’s policy wouldn’t touch, this change to the city’s policy would amount to a squeak, not a food system rocking roar.

I’m not knocking small steps in the right direction, but I do want to make sure the public doesn’t get fooled into thinking the city has handled GMOs.

The city has a role to play in halting GMOs. Council can advocate to senior levels of government which actually hold the reins on issues like permitting the sale of GMOs.

It is also within the jurisdiction of the city to support public education. The current Vision city council is mulling a proclamation drafted by a food policy council working group to proclaim a non-GMO awareness week in October. The proclamation would give a leg up to community groups looking to stimulate discussion and understanding of this complex issue.