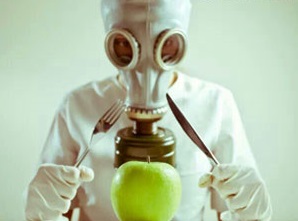 The Feds really ruined my Friday the 13th.

On February, 13th, 2015, The US Department of Agriculture approved the Arctic Apple for sale in the US. This apple is genetically modified to be non-browning and was created right here in BC by Okanagan Specialty Fruit. The apple, aimed at food service, is supposed to cut down on food waste because people don’t like to eat brown apples slices. Ugh. That’s a whole other topic…. However, if you are one of those people who don’t like your apples to brown and neither want to consume GMOs nor support a GM supply chain, I’ve posted a handy dandy list of apples that may be perfect for you. Please note all apples brown when they are cut – oxidation is natural. However, some are slow to brown. This too is natural. Drum roll please: